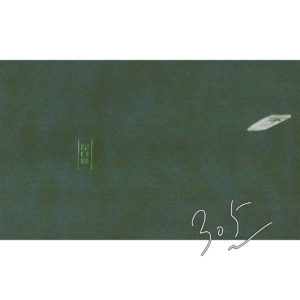 It’s going to be a month straight of simultaneous looking back and gazing forward now that we have an era name in hand. Eventually it will feel exhausting the way all discourse gets in the internet age, but there is something charming right now about it, being in this weird lame-duck time where time just blends together all weird (not to mention…the actual announcement of Reiwa was fun! Rare are moments everyone comes together for something that isn’t calamity).

Kubotakai’s 305 works as a good soundtrack for this moment, as it’s an album every bit lost in time, though maybe pointing towards a new normal. The young artist exists in the same category as Mom or Native Rapper or Lulu, Japanese musicians coming up in a digital age where borders barely exist, this reality reflected in their music. 305 opens with a song where city-pop-revival-adjacent sounds collide with laid-back rapping, and gets followed up by “Heisei Shojo,” a woozier rap number about being the last adolescent of the previous era (the other path this album blazes…and one where I feel more like a tourist on…is a reflection of youth in Japan in 2019, with references to late nights out and fancy Starbucks orders and longing). Like many other young indie artists in Japan, Kubotakai doesn’t let ideas of what something should sound like stop them from just blurring everything together to create something far more interesting than usual pastiche efforts. And it will sound lovely in April. Get it here, or listen below.