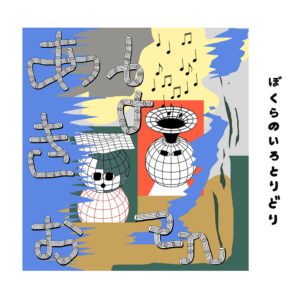 London-based electronic artist bo en is no stranger to working with Japanese artists. On previous releases, he’s teamed up with Avec Avec and mus.hiba, while he’s produced numbers for J-Pop acts such as Yun*Chi. Now he’s teamed up with Akio, the primary vocalist in Sugar’s Campaign, for a short but extremely cheery set of pop. bo en pulls from a wide variety of inspirations for this Technicolor set, opening with an a capella intro before bursting to life on “Itadakimasu” with big drum hits, horns and what sounds like dogs barking off in the background. Akio bounces through it like this cartoon backdrop is just a part of his daily life. What the pair do so well on it and the rest of the album is play around with familiar styles — New Jack Swing and disco being primary ones — but rendering them in such a way to sound completely different. Get it here.