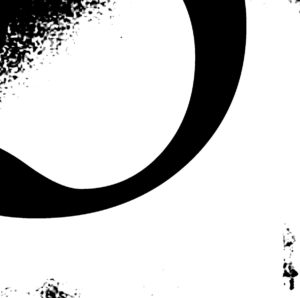 The Atomic Bomb Compilation’s continued relevance isn’t so much the result of coincidences as much as the entire inspiration for this project’s existence taking up more of the frame with every passing year. Vol. 5 arrives in the middle of a summer featuring a news cycle featuring nuclear weapons…and threats for said devices to be used against countries. The atomic bombing of Hiroshima in 1945 — the event long lurking over this series — has been featured lately not as something to sadly reflect on, but as very active reminder of what could happen again (note: Japan is avoiding joining a treaty banning nuclear weapons). This series, spearheaded by juke producer CRZKNY and several others, has always sounded paranoid, dark and on the edge of chaos. Yet whereas 2016’s edition felt like unease shaped by the past (it even featured a prominent sample of then-President Barack Obama commenting on the Hiroshima bombing), now it sounds extra urgent. The darkness feels a lot closer now.

Of course, that unnerving vibe comes courtesy of talented juke (or otherwise) artists exploring the more shadowy sides of an already skittery style. Organizer CRZKNY gets bass rumbling on the frantic “King,” while Skip Club Orchestra gets frighteningly literal on “D.E.S. (Drop, Explosion, Scorched),” which starts peacefully enough until…well, it all goes to hell and harsh noise in the middle. The songs included on this year’s edition feel darker and more foreboding than usual, with less playful or even reflective numbers, swapped out for tension-filled numbers like Chicago artist bahnhof::zoo’s collaboration with trbl.w//.dr3ams:, the disintegrating juke of “Then & Now,” or Y.a.M.A’s sharp-edged “Atatajima.” The few exceptions — Dubb Parade’s spacious “Tranquil,” TEACHI’s tipsy “Science Of The Peace” — still simply imagine peaceful times, and a sense of everything falling part persists. Though, even that sliver of hope is more than on something like the Twin-Peaks-esque churn of KURAYAMI’s “Implosion Process.” But then again, maybe that’s the most apt of all. Get it here, or listen below.