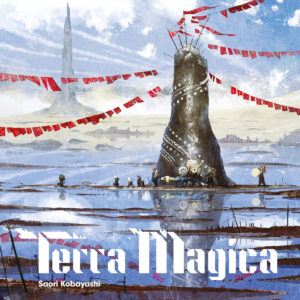 Something that I personally have been struggling with lately has been the enthusiasm to seek out new music, both from here in Japan and outside of it. It’s probably something to do with simply getting older and watching that once youthful energy that drove me to stay up until 3 am SoulSeeking the night away recede, and maybe a little bit with how draining the Internet feels in 2016 (wooo boy don’t get me started on the music side of things). It’s far easier to just lean on what I know I’ll like then dig deeper to find new sounds.

So it has been a nice surprise to be caught up in Terra Magica, the new album from composer Saori Kobayashi, an artist best known for making the soundtracks to the video games Panzer Dragoon Saga and Panzer Dragoon Orta. I’m not usually drawn to big, swooping numbers composed of strings and sky-bound vocals, but the ten original tracks here are deeply engrossing and epic (no, really epic, not Internet “epic”). It’s sonic world building, something I’m not sure I have heard from anyone since…Noah’s Sivutie or Taquwami’s Moyas, with this being a bit more cinematic (with one absolutely savage number, “Tribulations,” included for good measure). Get it here, or listen below.