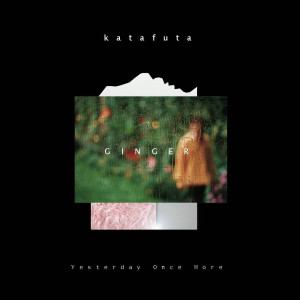 This was going to go up Friday but…that didn’t happen! So here it is as a special Sunday night post.

It’s slightly absurd, but I’m always drawn to artists operating out of Mie Prefecture, a relatively rural part of Japan sandwiched between Nagoya and Osaka. Mainly because that’s where I lived when I first moved to Japan, so there are a lot of feelings tied up with that stretch of land. So when I see someone is from Mie, I listen. Producer Katafuta is based in Mie, and the theme running through his recently released album Ginger is “approaching god and nature on Ise,” referring to one of the biggest cities in the prefecture and home to the super-famous Ise Shrine (the title is a pun in Japanese). Fittingly, Ginger is a reflective, slow-moving album — it is released via Yesterday Once More, whose artists usually hail from Fukuoka and often sound like they are constantly on and letting loose. Katafuta, though, takes his time here, offering a country-side perspective to the label’s usually boisterous city tunes. Listen below, or get it here.