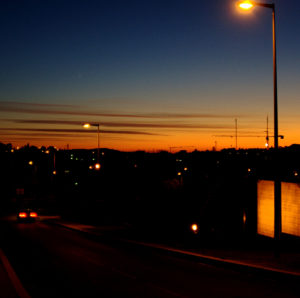 Two of Japan’s finest juke makers dropped new albums during the same week — and that’s not even counting both of their contributions to Atomic Bomb Compilation Vol. 4, which they both played a big role in making happen. First up is Hiroshima’s CRZKNY, who follows up his politically charged contributions to that comp with Phantasmagoria, an album of more straight-forward footwork-ready cuts. He’s fantastic at making juke with an ominous vibe around it…but he also excels at slicing ASAP Rocky songs into frantic numbers or creating sweltering anthems devoted to the Chicago-born style. Get it here, or listen below.

Meanwhile, via Omoide Label, Kyoto’s Gnyonpix (here recording as mori aka Gnyonpix) moves away from juke in favor of something a bit more deconstructed on 01,999 No Gnyonpix. Many juke elements remain — speedy BPMs, sliced up twists — but the tracks here are lither, featuring a lot of space for the fizzy electronics to shine. Opener “Ego” even approaches ambient for its first half, before letting a little skitter in. Get it here, or listen below.