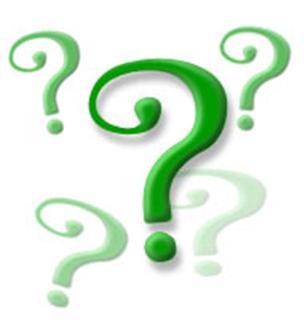 Tokyo Damage Report posted a fascinating interview with a former Visual Kei record executive. It’s one of the rare articles written on a section of the Japanese entertainment industry that should be just as riveting to folks who could care less about J-Music as those heavily invested in it. Take some time with it and really soak in the mind-boggling stuff this guy talks about. Yet TDR’s post doesn’t just blow the lid off of the seedy underbelly of the Visual Kei world…it also makes you wonder if it’s happening at this level, how messed up are the real power players in the J-Pop world?

Visual Kei, though far from the levels of obscurity the majority of bands featured on this blog toil in, registers only as a small blip on the Japanese mainstream music landscape of today. TDR’s interview gives a good background on the scene, but also give this Stylus piece a read to get a further understanding of the world surrounding Visaul Kei. I’ll admit I am far from an expert regarding this genre…I’m not even clear if it’s a “genre” or simply just a mutation…but Visual Kei seems to exist far from the center of popular music in Japan. Save for the tucked-away CD section in Tower Records or the rare Gothic Lolita found meandering the streets of Osaka, I just haven’t seen it around. The obvious American parallel is hair metal – a genre still holding the attention of many fans, but a far cry from the peaks once reached by its artists.

So if a musical corner like Visual Kei can be wrapped up in Yakuza dealings and shady financial holdings, imagine the workings going on at the major levels. The Tokyo Damage Report post hints at this by mentioning pretty-boy-assembly-line Johnny’s policy of not working with TV shows that feature rival artists on their broadcasts. This Guardian article – posted in the comments of the TDR story – reveals even more. Much like the accounts given by the former Visual Kei executive, Johnny’s has been tied to suspect financial deals and Yakuza dealings (not gonna touch the rape allegations from that Guardian article). Some of the practices mentioned in the TDR post won’t ever apply to a large-scale operation like Johnny’s – don’t expect to see any members of Arashi felled by a crowbar anytime soon – but the overlap between the claims made in the interview and articles published about J-Pop stars raises some eyebrows.

As this post continues making waves in the (admittedly small) online Japanese music community, I’m hoping this somehow leads to a focus on a group not really represented in these “behind-the-scenes” exposes: female pop-stars. The above articles focus only on males, making no comment on women aside from “fan girls.” Do female performers suffer former conditions? Can they be more open about their personal lives than male performers? I’m genuinely intrigued but can’t find anything on the subject online.

It shouldn’t come as a shock to anyone that the music industry operates in a less-than-wholesome way or that musical acts are constructed meticulously from the get-go. Yet this article shines light on a truly bizarre system. Hopefully, it can somehow lead to further glances into the shadows of the Japanese entertainment industry. But for now, we just have one hell of an interview.