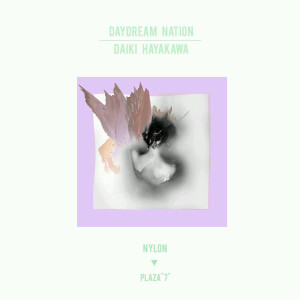 As the new week prepares to start up, here are two releases from a pair of Japan’s best netlabels going at the moment. Fukuoka’s Yesterday Once More initially grabbed attention for more body-thumping releases, but have been getting a bit more laid back with their latest releases. Producer Daiki Hayakawa’s Daydream Nation is a heady two-song set that, at its most discombobulating, features a phone ringing over an otherwise easygoing beat. “Nylon” tumbles forward, but is structured in a way to be reflective and natural, a little bit like Osaka’s Magical Mistakes. Get it here, or listen below.

Meanwhile, on the other side of the fence completely…Trekkie Trax keep the energy pounding, with Mavis Bacon’s #Overbaked EP. As the hashtag hints at, this four-song album is all about youthful energy, from the haunted-house-music-gone-club of “Sliph Scope” to the rapid-fire neon synth of the title track. This can sometimes get a bit too stuffed for its own good — “Dream Memory” over does the Wave Racer thing by sampling every Yoshi sound effect in the Mario catalog — but is more often than not good high-energy material. Listen below.