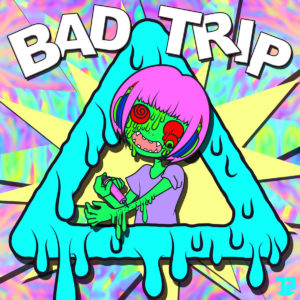 Make me feel, indeed. The latest from Trekkie Trax comes from producer gu^2 in the form of two-song release Bad Trip. It stands out because of how damn textural it is — musically, it follows the aggressive, club-centered template many releases on the netlabel have followed, but dang if the sounds here don’t jump out and add some nice feeling to these two songs. The title track is the higlight, a roughneck number loaded up with clucks and dog parks that argues — if you are going to be tough, be really tough. Get it here, or listen below.

← New ELLEH: “I Can Be Your Best Friend”
New Cornelius: “Sometime / Someplace” →