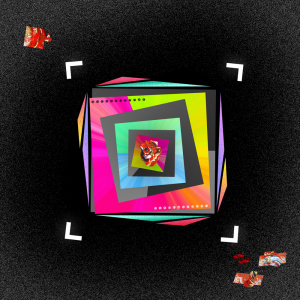 This is the first Fogpak release where I only recognize one of the names contributing to the sometimes compilation of young electronic producers…and that comes via Australia’s Super Magic Hats, who contributes the melancholic “Shinagawa.” That, though, is fitting for Fogpak, which at its best serves as an intro to burgeoning young talent from Japan (and, more recently, around the globe). The eleventh installment gets off to a fast start…and hints that newer names (or at least recently discovered ones) are taking cues from some of the earliest contributors to the series. Amunoa (OK, the first a is a triangle, but c’mon) takes cues from Taquwami’s jittery approach to sped-up vocal samples…except by upping the intensity by brushing them with elements of Jersey Club. Producer Aichimu also messes around with pitched-up vocals, but letting them trip over one another (which is probably more Taquwami-ish). Or how about Tokyo’s Ky7ie who delivers a kicky electro song backed by J-pop-ready vocals? Like all Fogpak releases, just dive in and start finding what you love. Listen below, too.