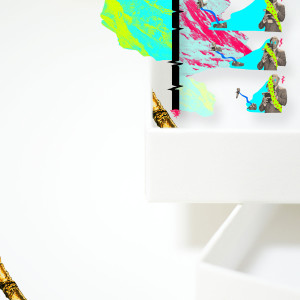 A dozen compilations strong now, the Fogpak series still manages to be the best introduction to young electronic producers in Japan (and, as of late, beyond). Fogpak #12 starts off especially hot, kicking off with the sad stylings of Inazawa’s Yasuha’s “Missing You,” which mines similar sonic techniques as Seiho and Parkgolf (Fogpak alums, natch) but instead of building hyperactive floor fillers, creates a mournful rumbler, where the familiar drop-of-water sample now sounds like a tear falling into a lake. Chanbe — who appeared on the last comp — brings the mood back up with the tipsy “Confetti,” and then Attic Note keeps it going strong with a woozy contribution.

Which, hey that’s the other thing — beyond just being a good place to find some new SoundCloud follows, the Fogpak series tends to bring out the best in these creators. Soleil Soleil doesn’t need to prove anything else, considering he released one of 2015’s best albums thus far, but his “Killing Me Tonight” works as a subdued mover, one highlighting the emotional turmoil usually found at the center of his works. Similarly, Amunoa has impressed with releases through Trekkie Trax…but he gets a bit dreamier on “Izumi,” showing a slightly different side to the project. As usual, dive in and find your own favorites. Get it here, or listen below.