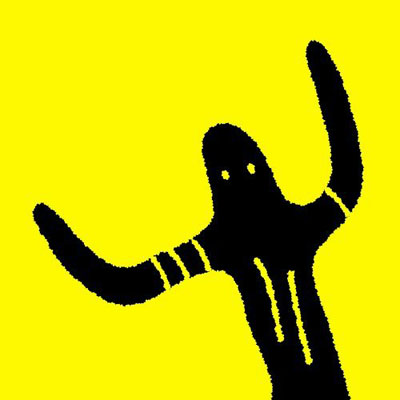 Despite what the band wants you to think via their moniker, Africaemo sounds neither like they hail from Africa or like emo music. Geographically, this four-piece draws inspiration from two islands – England and their native Japan, specifically the NME-hyped “indie-dance” outfits of the prior mixed with the more unique voices of the latter. The sound of their debut mini-album Squatter, regardless of how they try to misdirection it via band name, can be easily traced – Africaemo clearly absorbed the debut efforts of Friendly Fires and Klaxons, and when it came time to create an album of their own also took the vocal styling of Zazen Boys into the studio. It’s a tire-iron-over-the-head obvious pairing that shouldn’t really work…but Africaemo manage to work everything out on Squatter, writing some truly excellent hooks resulting in one of the most surprising Japanese albums of the year.

The songs on Squatter follow a similar formula from song to song – verses bordering on math rock precision, leading to choruses where they lighten up a bit and let things get loose. Opener “Bird” has guitars and vocals zig-zagging together, locked into a groove leading to a chorus where a sugary synth takes command and functions as a nice bed for the group’s shouting. “Summer Of New York” one-ups it with channel-jumping guitar blasts muscled forward by Squatter’s most aggressive drum beat. Unlike the other songs present here, “Summer Of New York” has the most subtle chorus, a pinch of background chanting backing up Hiroshi Kishi’s manic sing-speech. The blueprint of these two tracks foreshadow the rest of Squatter, but Africaemo manage to flavor-inject unique energy and ideas into every tune here.

Squatter’s highlight comes on the one-two punch “U Make Me Krazy” and “Logbook 23rd Dec.” Africaemo down some Ritalin before making for the club on “Krazy,” trading in the hellfire guitar precision for sultry dance mechanics. Kenji Kawami’s bass gets centerstage, sliding seductively around keyboards and the reigned-in beat. And, for the only instance on the mini-album, Kishi reels in the rapid-fire singing in favor of something a bit more traditional, allowing the song’s minimal groove to dominant. “Logbook” shoots off in the opposite direction, blasting out of the gate with 8-bit-fried guitars before settling into a charging math-rock rhythm. It all falls away, though, come the chorus, Squatter’s best. The rest of the band serves up background singing perfect for Kishi to trampoline off of. It’s the prettiest moment on a very busy debut.

Africaemo round out the album with the guitar workout “Curfew,” which finds the band having some fun by including a monotone call for “everybody clap now.” “Lazer Beam” is one of the best straight-up Klaxon impersonations I’ve ever heard, though the vocals keep the whole affair from being too derivative. Squatter ends with two solid remixes, “Summer Of New York” tackled by Baroque and “U Make Me Krazy” done by Body Fantasies. Clocking in at just over thirty minutes total (less than half-an-hour if you ignore the reworks), Africaemo’s debut never has the chance to get stale, making Squatter one of the year’s best all-the-way-through releases yet.

Go here to listen to Africaemo