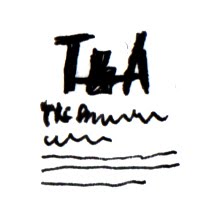 First off…HNC recently remixed Tokyo group The Brixton Academy’s “So Shy,” transforming it from a starry-eyed new wave joint into a chopped up, vaguely Bollywood track. HNC builds her take on the track around a bell-driven beat, slicing up the original track’s vocals into a call-for-prayer tone (it sounds a lot like the start of The Tough Alliance’s A New Chance). It’s a radical transformation, and a way better Middle Eastern themed song than “Arabian Nights” ever was. Listen to it here.

Well we’re on the subject, let me devote some words to The Brixton Academy. SparkPlugged spotlighted them a few days ago and sum up their appeal pretty well, and I’ll second it: the group pull off the 80s sound without coming off as insincere. Check the big emotional build on “In My Arms” that bursts open near it’s end – the whole track feels like a John Hughes’s movie’s emotional payoff melted down to five minutes. They just released a new album, Vivid, at the start of this month, so look for a review of that in the near future. Until then, listen to TBA over here.

← Controlled Karaoke: Japan Gets Its Own Matisyahu
Human After All: Supercell And “Sayonara Memories” →