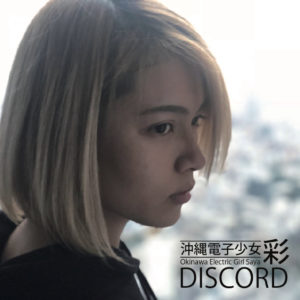 I will not pretend to know much about traditional Okinawan music, and cop to having pulled up the Wikipedia page for the central song covered on Okinawa Electric Girl Saya’s Discord release on Terminal Explosion. Despite my lack of knowledge regarding it, there’s something very endearing about the young electronic artist warping a familiar island song into something new. She’s not the first Okinawan creator to play around with folk songs, but her two takes on it are apt for 2019, while also being an extension of an internet music culture in Japan finding creators warping the things they love into their music. The “Discord Mix” matches the Okinawan-style of singing against piano ripples, bass and sliced-and-diced beats ponging around Saya’s vocals, often intercut with samples of her own voice ringing off to create a dizzying number. Better still is the “Ice Mix,” an apocalyptic take on the song giving very little room for Saya’s vocals to come through clearly as everything crunches up. She gives in totally to noise on the final song — here I most note that she is also a member of the idol group Tincy, and she mostly dabbles in noise on the side — which makes for a fine finish, even if her music works best when her voice scampers over it. Get it here, or listen below.