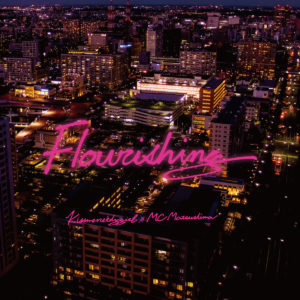 Producer Kissmenerdygirl has gone a more traditional route on Flourishing, but this well-worn path proves to be a good fit for him. On these two songs he teams up with rapper MC Matsushima, and provides him with two beats constructed from City Pop songs that a few years back he would have been speeding up. Here though, he’s slowing down and crafting backdrops suiting Matsushima’s laid-back flow just right (quickly on him…he establishes a nice flow that isn’t too juiced up or too focused on replicating the ’90s, though he could probably get through his introductions a little faster). Maybe what’s most striking is how Kissmenerdygirl takes two pretty well known numbers from Taeko Ohnuki’s Sunshower and makes them one chilled-out space on the title track…and, with the second song here, takes “Plastic Love” and slows it down into something luxurious. Ballsy, but works in this context. Get it here, or listen below.