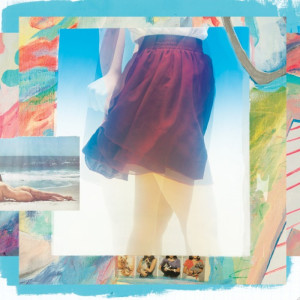 The behind-the-scenes stuff at Make Believe Melodies is incredibly boring. Despite a bad habit of using the royal “we,” it is just me, usually sitting at home while a baseball game or variety show plays on TV, my headphones on. The actual inner workings of this WordPress account are hyper disorganized, a list of “to-dos” that never get done, and a sea of drafts that shall never see the light (sorry you’ll never get to read my thoughts on that last Capsule album = / ).

One of those drafts I at least have a sorta good reason for not finishing. It is about Osaka’s Parupunte, an indie-pop singer songwriter who has released a handful of really good songs on SoundCloud, including some swell, dreamy covers of various artists (Candies? Don’t mind if I do). The timing, though, has always been off. So I’m glad that Tanukineiri Records recently released her first mini-album Primitive, because I finally have a chance to say…go listen to Parupunte, she’s great.

“Indie-pop” tends to conjure up images of anorak-clad kids strumming on guitars and singing about cats and melancholy, but separating Parupunte is the small, unsettling details. Opener “Hikari No Kuni” is a stroll of a song, but her voice is a little lower in the mix, and the drums here hit just a little harder, the guitars teasing violent eruption. It’s a ballad holding something fierce back, but only by a bit. But one thing it does share with most great indie-pop is a sense for the catchy. For all the whispery vocals and electronics, a track like “Mahou O Kakete” features an easy-going but memorable hook. Elsewhere, sun dappled guitar and sweetly direct moments reminiscent of a busier may.e. And it ends with a drum ‘n’ bass hop-around shrouded in fog. Get it here, or listen below.