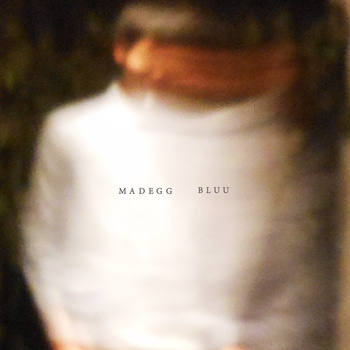 Kyoto’s Madegg is 19. What were you doing when you were 19? I was goofing around in college planning my next post-midnight trip to Burger King. Madegg releases music like BK pumps out Whoppers…at a highly disturbing amount. First, dude posted a new song this week called “AM.” I’ll save space by just saying “FLYING LOTUS BRAINFEEDER TEEBS ETC ETC” because that element of his music has been well documented here (click the tag!). “AM” sounds like Madegg skipped a stone on a particularly lovely lake…and then froze time just as the rock broke the surface, revealing some long lost vocal sample waiting to get out. The closing portion of the song displays Madegg’s gift for layering – as part of the song continuously sucks into itself, he drops in little plops that sound like they are happening right on my speakers. Listen below.

He’s also released a free EP titled Bluu which you can nab for free here. Initial listens point to more Madeggy goodness, the track standing out the most a few goes through being opener “Love 2,” a clattering number where Egg’s engine-like music gets spread out over a vocal sample seemingly ripped from some old-time standard. Also worth noting – the slightly more minimal “Salty Day.” Again, listen here, and expect even more from this guy in the near future, I imagine.