I’m not sure anyone can be truly nostalgic for a time that was about three years ago, but 2015 was the year I reminisced frequently about albums. Specifically, the commitment it took to go out and buy CDs back in the far-off time of 2010 (a point when physical releases remained the only way to listen to music in Japan). I’d ride a train for an hour to get to Osaka, wherein I’d spend a few hours stopping by music stores to buy albums that cost, oh, about $25 a pop. It sounds like a Simpson’s joke, but I thought about how this used to be the norm in my life.

Which isn’t to say I miss it — 2015 was the year streaming arrived in Japan in full force, coupled with a looser (uhhh, domestic) embrace of YouTube. It has never been easier in Japan to hear a wide variety of music much cheaper (if not free!). Yet this shift also moves against the album — singles and playlists excel at these formats.

So I’m not sure if making a “best albums” list in 2015 is simply just a nostalgia trip for me when the world turns a different direction. But after wracking my brain to make this list, I think this still works well, as Japan produced plenty of very good long (and short!) players full of great stand-alone songs and doubling as cohesive listens.

(Honorable mentions also worth checking out for the curious: Ano(t)raks Plus One compilation and Caro Kissa’s One Summer Day, House Of Tapes Magnolia EP, Takeaki Oda’s Loop EP, Cuushe’s Night Lines and May.E’s See You Soon “Session For Us” tape and Tomggg’s Butter Sugar Cream.) 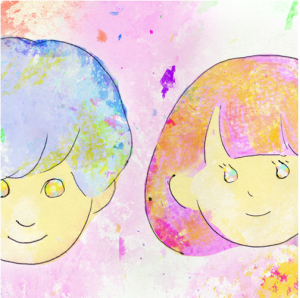 Yoshino Yoshikawa and Lovely Summer Chan both made plenty of strong material on their own over the past year, but this joint album released near the very start of 2015 highlights just how strong they function together. Yoshikawa’s chiming playroom pop gets an extra dose of sweetness with her voice on top, adding extra pep to the bouncy “Hajimemashite” and extra longing to Yoshikawa’s “Yumetatsu Glider.” The most important result of their partnership, however, is balance, the songs on Yoshi Yoshi, Summer! showing elegance. 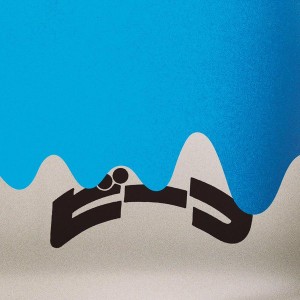 It’s fitting that train stations and lines play a central role in the songs Tokyo’s Beef Fantasy creates. Spend enough time in the capital and you’ll realize how central public transit plays in the lives of everyone, whether as geographic marker or as the space where you spend a surprising amount of time just…being. Japanese Recorder centers around trains, whether it be the bouncy funk of “O.K.U.” or the slow-motion disco of “Dreaming Keihin Tohoku Line,” the latter loaded with JR-born samples. It’s an appropriate background for a project taking cues from Shibuya-kei without sounding like a museum piece, loading songs up with samples and blurring genre lines between dance, pop and hip-hop.

28. In The Blue Shirt Toward Morning 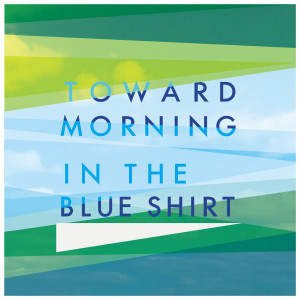 I expected everyone on the bill of the Harusaki show at Akihabara’s Mogra to deliver, and they did. I figured after a night of fizzy electro-pop, In The Blue Shirt’s night-closing set would be a nice come down, but the Osaka trackmaker ended up stealing the evening, with an hour-long show moving between energetic bouncers to more reflective songs, all while In The Blue Shirt himself grinned intensely, like he was surprised he was going this bananas.

Toward Morning is the bite-size peanut butter cup of this experience, a trio of songs that start with the reflective title track before getting sweetly manic on “Fool” and just losing it on the sample-rush of “Buttercup.” It’s silly and emotional, and always apt for the dance floor. 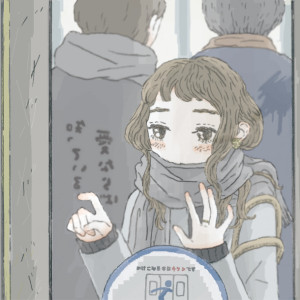 What made the idol boom of 2009 to about 2014 so exciting was how these groups allowed up-and-coming producers a way to sneak their music to a wider audience. In 2015 that shifted, as idol outfits opt for more legacy names while more adventurous sounds have started flowing out of the burgeoning “women rap” scene.

Fukuoka’s Izumi Makura has been ahead of the curve on both these fronts, having been rapping over music from a wide array of artists for a few years now. Ai Naraba Shiteiru featured some of her most left-field songs yet, Makura delivering her confessional whisper raps over wonky tracks from abstract juke maker Foodman and astral-leaning beatmaker Olive Oil. Rounding out the album were more straightforward sounds, which put the emphasis squarely on her voice, which remains one of the most intriguing in the country today. 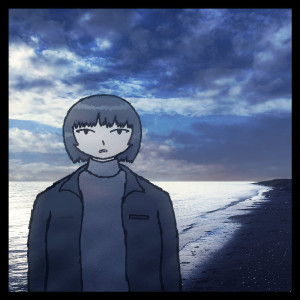 Familiarity can be just as important as the thrill of the new. I-fls’ simple Garageband-born music remains the same as it did in 2013 — emotional elevator melodies reveling in the ennui of suburban life. I could spin a wheel at this point to select the collection I’d drop on this list, but Artificial Outsider stood out among them, jumping between longing and playfulness. Like the familiar restaurants and street lights of your hometown, I-fls’ songs offer comfort even at their most melancholy. 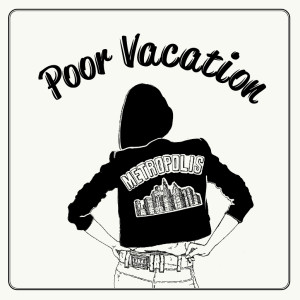 Funk seeped into many forms of Japanese music in 2015, whether sneaking into mainstream J-pop or dripping out of the record-store-ordained “new City Pop” trend. Tokyo’s Poor Vacation stayed under the radar while making some of the best indie-pop featuring tight bass lines and sticky-as-glue synthesizers. Hayato Narahara’s solo project conjured up a longing that often got abandoned in similar sounding projects this year on debut mini-album Metropolis, all without losing the floor-ready sound. 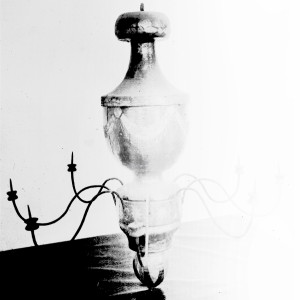 The cleanliness of Kyoto producer Madegg’s previous albums and EPs didn’t exactly vanish on New, but the young trackmaker was far more eager to shine light on the cracks and wrinkles on his latest full-length. Voices blurred into disorienting swirls while low-end rumbles added a previously unseen menace to songs such as “Dragon,” and even the more uncomplicated techno creations like “National Water” came shrouded in mist. New wasn’t a fresh start for Madegg, but it showed how uneasy moments could be just as beautiful as the clean. 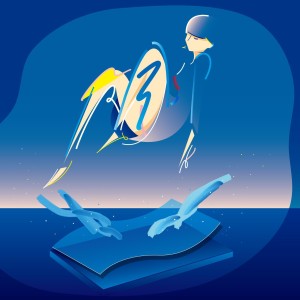 First off, if you can find a better romanization for (((さらうんど))) outside of the band’s site URL, holler at me.

Second, See You, Blue is what I imagine something called “new City Pop” would actually sound like — Sssurrounddd map the genre’s genome and then restructure it into something totally different, something that couldn’t be pulled off in the Bubble Era. Sax goes superhuman on the dizzying “Boys & Girls,” while “Siren Syrup” bounces forward on chopped-up vocals and house pianos. It’s reverent to City Pop, but not afraid to push at the edges of what defines the style and stretch it out. 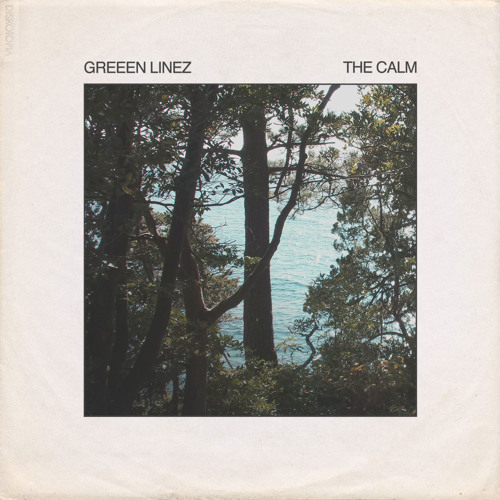 The music duo Greeen Linez made just a few years ago recalled the lobbies of fancy hotels and Lifestyles Of The Rich And Famous bumpers, glitzy tunes taking cues from the opulent sounds of City Pop. Hints of the Bubble Era popped up across this year’s The Calm, but the pair expanded even further on The Calm, creating sweltering dance songs that retained a resort-ready vibe but open to new sounds (and eras, at that, as a healthy amount of drum ‘n’ bass pops up across this album, an expansion from last year’s Izu King Street). It’s the most contemplative Greeen Linez work yet. 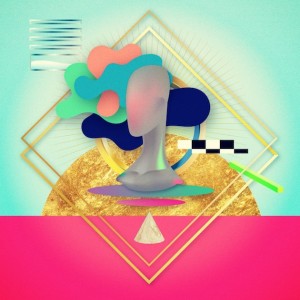 The part of me that likes dumb, sweeping statements in year-end lists wants to call Par the end point for SoundCloud producers, except Parkgolf isn’t retiring or anything. The Sapporo producer takes every sound that has become a stereotype about the music-sharing site — pitch-shifted vocals potentially lifted from R&B, an overload of synths, seeming incorporation of trendy dance styles — and fucks it up into something dizzying and glorious. The closest thing dude has to a Jersey Club banger is called “Woo Woo” and it sounds more like the Jersey Shore soundtrack run through a blackhole. His songs ooze a messy sensuality and Parkgolf splatters them with wild keyboard playing and splashes of bass, making for a very controlled whirlwind. Par stands as one of 2015’s wildest rides, and a reminder that even the things you are most used to can sound brand new in the right hands.