Despite the Internet’s love of the form, the list brings with it a few unpleasant side effects. Being completely cliche, for one. More subtly unnerving, though, is the implication of expertise one takes on by making a “best” list. Plenty of comment-box philosophers have shed light on this – “what makes YOU entitled to tell me what the best music/books/episodes of Community were, asshole?” This can usually be dodged a bit by changing “best” (or, ahem, “top”) to “favorite” in order to emphasize the personal nature of the list. Yet then the question becomes…why share this with a mostly indifferent world when you could just write it down in a notebook? I’ll save the think-pieces for the experts, but it’s an interesting outcome of the Internet age, the desire of so many to connect with others/be some sort of tastemaker and just how many anonymous clouds of words wait in the shadows to tear them down. Gawker probably has something to do with this.

I write all the above only as a slight defensive tactic…though, let’s just be clear, this list only reflects my personal tastes and you should probably check some of the other excellent Japanese music blogs out their to see what they like too…but mainly to stress my intentions with this list (and the soon-to-maybe-be-a-reality albums counterpart) as being slightly different. The fact so many blog-site lists look nearly the same save for the shuffling of numbers tends to be my big gripe with these endeavors…the thrill of a list, to me at least, is seeing something new sitting at the 22nd position and seeking it out immediately. Discovery, not posturing, defines a great list, sharing something that might have been lost in the shuffle and giving it a proper spotlight. That’s what I want to do here.

Which, hey, actually isn’t that difficult. I write about Japanese music, and most of this stuff never sniffs the Hype Machine at all. As I’ve tried, mostly unsuccessfully through the “About” page, my goal with Make Believe Melodies has always been to expose people to a wide variety of Japanese music. This list attempts to paint a variety-rich picture of the J-Music world, from indie-rock tunes to big J-Pop hits. The numbers just exist for greedy personal reasons…all I want the reader to get out of this is exposure to a different culture’s music scene in 2010. And hopefully at least one song can be discovered, saved from being lost to the gaps found between countries.

(Note: I tried to be as varied as possible, so only in very rare instances [let’s call this the Perfume clause] will an artist wriggle more than one song onto this list. I should also be upfront and admit the Japanese rap scene completely eludes me. 2011 resolution, I swear. So, for this year, don’t expect much proper rap but I’m positive it’s out there.)

Want proof the numerical order of this list may as well be drawn out of a hat? “Call Me” takes the 50 spot mostly because it’s come on strong at the very end of the year for me, to the point where this single could very well be worth catapulting ahead a bunch of spots given some more time. What I do know now – Loves.’ keen sense of structure coupled with a soaring, emotionally vague chorus warrants a spot somewhere here.

Listen to a sample here. 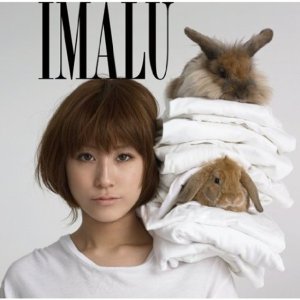 Plenty of J-Pop songs tried to bridge the gap between R&B and melodrama in 2010, with varying degrees of success. Yet actress-turned-singer IMALU’s “そんな名前 欲しくないよ” trumped them all. The production deserves credit for not being the usual ballad-strings-meet-a-beat phone in, but it’s IMALU’s voice that make this memorable. Her words float up lighter than air, her singing tinged with a naivety that makes them actually feel pained. 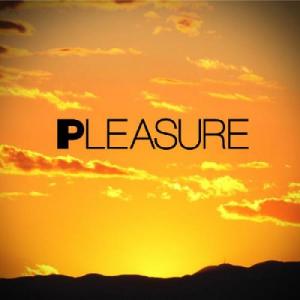 Easily the most aptly named musical project of the year, Pleasure crafts setting-sun-soaked dance tunes tailor made for the summer – this stuff gets you moving but not too much. The sprawling “Sounded Sweet” lasts ten minutes and glides through various synth-rich realms, like a Studio ripped on cocktails instead of kush. With the harsh reality of winter looming, now is the perfect time to get familiar with this blast of light.

Chiptune music tends to coast by on nostalgic feelings, bleeps and bloops from the gray cartridges of yesteryear turned into hoppy-poppy whatever. Now, imagine the pixelated bodies of the Battletoads emerging from your TV screen to dismember you…and then host a rave in your blood. “Hey! Satan, Play Game Of My Life” turns once comforting digi-noises into a terror-inducing wall of noise…that still manages to contain a groove. 99Letters might have crafted the most terrifying video game soundtrack since Silent Hill, and it doubles as great moshing music. 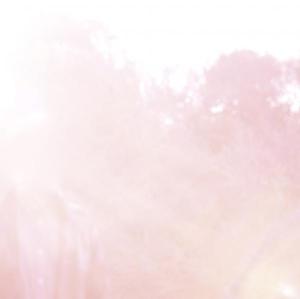 Bedroom pop label CUZ ME PAIN burst onto the scene big time this year, jumping from a small trio of artists at the start to an ever-expanding roster of Tokyo introverts by this time. Newer acts like Atlas Young and THE BEAUTY seem to still be carving out an identity, while two of the label co-founders, AAPS and Faron Square, explore whatever ideas come to their minds with often intriguing results. Yet it’s the third founder, NITES, who served up the label’s most forward thinking jam with the lonely carnival jam “Carcass Of The Sun.” Merriweather Post Pavilion synth gurgles slowly build until exploding into a goopy flash of faded noise. Yet the creepy hints that constitute PAIN’s signature sound remain…rippling vocals seemingly echoed off in the distance, a reminder this is a work of longing.

No subtlety going on here – Sebastian X want you to feel ludicrously happy and they have just the Billy Joel-esque piano line and joyous horn section to do the job. It’s Nagahara Manatsu’s croaky vocals, though, that drive home the message of be fucking happy this instance the most – she’s far from classically trained to be complimentary, more karaoke-box ready than American Idol prepped. Yet her technical limitations only make her giddy shouts more intoxicating. Besides, karaoke beats Simon Cowell any day.

Honesty first – I’m waiting for The New House to release a non “demo” version of “Transparent Box,” to the point where I kept the current in-work version streaming on their MySpace off this list, holding out hope 2011 will bring a polished version that would be guaranteed to crash at least the top 20. So “Disturb” serves as both a placeholder of sorts but also deserves accolades for showing the direction this young group seems to be inching towards. Though not quite as technicolor as “Box,” “Disturb” shows the same Animal Collective-inspired flashes of inspiration (chanted choruses, creepy vocals, general weirdness) over a minimalist blanket of music that seems ready to explode but never does. Tension rarely feels so good.

Rigid rarely sounds so happy. “Sherman” though bounces like a kid who just can’t wait to see his geometry tutor, locked-in but also sporting a grin. Merpeoples find a few guitar riffs that seem like a good time and straight up chain them to a treadmill. A few little variations work their way in…the tinkly keyboard and those boppy words…but “Sherman” makes only a few guitar lines some of the most hypnotic stuff out of 2010.

Originally serving as Fuji TV’s official theme for the Vancouver Winter Olympics (remember those?), the part of me that refuses to believe the most-likely cold truth hopes Ostuka made this just for the games but realized she’d made a J-Pop gem that just had to be released as a single. “Lucky Star” doesn’t break any new ground in mainstream Japanese pop – guitars clashing with electro-noises and record scratches can be seen all over the charts – but Otsuka just does it a little better. Despite the bizarre video…the fuck is that Chester Cheetah looking dude in football pads doing?…”Lucky Star” comes off as just simply sticky as machine-made snow, the sort of catchy stuff a network exec and your average J-Pop fan can appreciate. 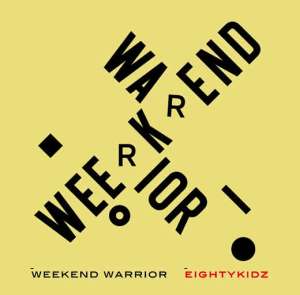 80kidz’s real triumph with sophomore album Weekend Warrior wasn’t a meh LP featuring a few noteworthy singles…I see ya This Is My Shit…but rather a legit longplayer where everything started flowing together excellently after a while. None of the tracks really jump out as real oddities, but “Red Star” announced the duo’s shift away from the obnoxious blog-house they sometimes stumbled into…like on the album’s highly skippable first two songs…to something more subtle. It also captures all of 80kidz’s strengths in one place – they can conjure up a great beat but “Red Star” also revealed they could make something tinged with melancholy without a “featuring” credit tagged on like on their debut’s best moments. “Red Star” isn’t just a dance song glazed with longing…it’s the exact moment 80kidz come into their own.