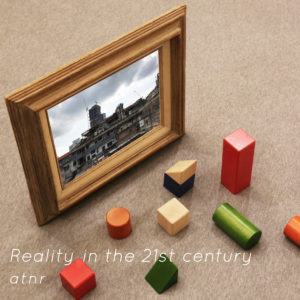 Tokyo artist atnr creates visual art to go alongside his music, but his Reality In The 21st Century needs no supporting images to gets its ideas across. Released via Illuminated Paths, it’s a set of simple but evocative electronic creations. Some of them are slow burning — “Install” spends about two minutes letting a single note drone on before adding in a few other icy details, the whole track slowly blooming, but taking its time to let those new elements rise up. “Anthem” pairs bird chirps against synthesized chanting, while “Shadows On The Ground” sounds like its slipping away. Yet it can get quite busy too, as on highlight “Neon-lit Street.” It’s a blurry take on R&B, featuring sad vocals that trail off, drum machine beats dropping like rain. But fluttery synth notes emerge, adding hope to this drenched place. No pictures needed. Get it here, or listen below.