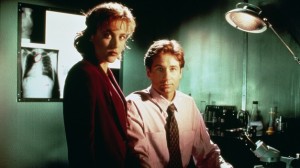 Yes, yes, this Tokyo-area project fronted by Sho Takeuchi has the same name as a certain sci-fi show from the 1990s. Yet his music is far more serious than that moniker implies. Cleanfight unfolds slowly, backed by a clattering beat and dashes of distant piano. Yet, as the song lumbers on, X-Files introduces guitar, which cuts through everything else. It is serious and ultimately focused.

Somewhere between Mendoza and the Andes, Mariana Päraway becomes a mountain siren who sings about entangled fates in her latest album, Hilario. Mariana’s music navigates through pop, folk and electronic landscapes resulting in a deep, refined sound exploration.

AUSTRALIA: Who The Bloody Hell Are They?
AFXJIM – Distant

Sydneysider Travis Baird is a multi-instrumentalist who earns a living scoring video installations, playing as a session musician and performing on tour with the likes of Melodie Nelson and Sounds Like Sunset. AFXJIM is Baird’s solo project, which consists of home recordings pieced together from loops, drum machines and field recordings of everything from kindergarten classroom chatter to police radio transmissions. It’s a subtle fusion of experimental electronica and acoustic songwriting, falling somewhere between Tortoise-inspired post-rock and the folktronica of early Four Tet. Distant is the title track of AFXJIM’s second LP. Carried on a bed of slide guitar and rumbling percussion, the track’s centrepiece sample features singing “recorded to MiniDisc in a bus-top karaoke bar in the Costa Rican backwoods”.

Aproveita is the first single from Duani’s debut solo album, which will be released this year. He became famous in Brazil in the 90s, playing forró (a very danceable rhythm strongly related to the Northeast culture of the country) with the band Forroçacana. In this single, he plays all instruments and sings. The lyrics are a manifest about comprehension in love and its different ways of desire, packaged with black music and soul.

Alt-folk trio Morning Show features members of Bed Of Stars and The Archers. The multi-instrumentalists show a pallet that is heavily influenced by Canadian peers such as Dan Mangan, Hey Rosetta! and Wintersleep. I’m Listening is a beautiful, balanced single you will have on repeat.

If we have to blame someone for why Chilean rock has been overshadowed by the pop scene, all darts would point to the extreme seriousness with which most of bands go on stage. Luckily, Tus Amigos Nuevos have been refreshing the idea that rock can be cathartic, danceable and, above all, very funny. This year they promise to be even more so thanks to their second album, from which Paraná is the first single.

Bogotá power trio Diamante Eléctrico have a lot of blues influences in their DNA. Juan Galeano, the lead singer, bassist and producer, worked with Gavin Lurssen (Queens Of The Stone Age, Foo Fighters) to master their latest EP, called B. Todo Va A Arder is a good example of what Diamente Eléctrico can do, and will do on stage when they open for Foo Fighters in Bogotá this month.

MOMO is what happens when a Faroese singer (Dánjal á Neystabø) and a Danish noise-guitarist (Stephan Sieben) clash in music. It also means “peach” in Japanese and the theme for the duo’s first electro-pop album is fruit. The first single is Lemon and it’s here as a MAP exclusive download.

Vincent Vega is a rock band formed in 2005. Inspired by At The Drive-In, The Mars Volta, Mastodon, Tool and Queens Of The Stone Age, they released the album Always Hard To Make A Change, Just Like How To Stay The Same in 2008. They recently emerged from a two-year hiatus, and Recreational Suicide is one of the new songs that marks their comeback with a darker, heavier sound.

Having dropped their metal edge in favour of a rough-around-the-edges melodic punk-rock buzz, north-coast Northern Irish act Axis Of look set to explode in 2015. Famed for their vibrant live show, the three-piece were described by UK magazine Rock Sound as “the most exciting act to come out of Northern Ireland, possibly ever”. Second album The Mid Brae Inn, out this month, features this vicious, craggy melody and plenty more worth getting your teeth stuck into.

Peter Kernel are Barbara and Aris. They want to play pop-rock music “in a primitive and sexy manner”, and they can really do it. Thrill Addict is their third album and it is full of dark percussion and loud guitars, screams and whispers. Their sound is wild, unpredictable and, ultimately, beautifully seductive.

Nichim means “flower” in Tzotzil, an ethnic tongue spoken in the south-eastern state of Chiapas (yes, where the Zapatistas rose a decade ago, bringing attention to the conditions of the indigenous inhabitants all over Mexico). Francisco Martínez, multi-instrumentalist with alt-roots band Centavrvs, has this spin-off project filled with sensuous folkloric rhythms and the unique feature of rapper Slajem Kop making rhymes in Tzotzil. Truly beautiful.

Formed in 2014, Astronaut Project sees Alberto Zegarra explore new musical sensibilities through alternative pop, in contrast to the style of his previous bands. In February, he will release an EP. Astronaut Project’s first single is Night and it’s great.

Imploding Stars are a quintet who began playing in 2011. They classify their sound as post-rock and we are sure people who like Explosions In The Sky, Mogwai or God Is An Astronaut will become instant fans. Earthquake, taken from their new record A Mountain & A Tree, comes with this video.

The hype around Glasgow electro-pop singer KLOË (aka 18-year-old Chloé Latimer) is at feverish levels – and for good reason. She has justifiably drawn comparisons with CHVRCHES and Ellie Goulding and, just like those two acts, her debut song was premiered on the website of New York label Neon Gold. The track in question, Grip, is both brooding and blissful, having been shaped into contemporary sublimity by super-producer/drummer Lewis Gardiner (Prides). The first live outing from KLOË in February is sure to be buzzing.

Both members of singer-songwriter duo Kim Sawol X Kim Haewon have been making fine music on their own, but in 2014 they teamed up for a joint EP called {Secret}. It stunned everyone with its dreamy sound and seductive atmosphere, inspiring comparisons with Serge Gainsbourg and Jane Birkin. Go To Hell is an attractive duet with a simple yet stylish arrangement.

UNITED STATES: We Listen For You
Spirit Animal – Party In The Back

It’s always an all out funk-rock party with Spirit Animal, and they’ll never apologize for fusing their amazing talent with overflowing fun. Party In The Back is the perfect upbeat song to melt away the winter blues and get the body moving.