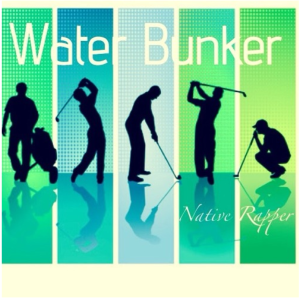 Time for MAP, and we start the new year by showcasing one of Make Believe Melodie’s favorite new (to us at least) artists of 2015, Kyoto’s Native Rapper. Listen to him and many more songs below!

Click the play button icon to listen to individual songs, right-click on the song title to download an mp3, or grab a zip file of the full 15-track compilation through Dropbox here.

Kyoto artist Native Rapper packs a lot into his music. As his moniker implies, he raps over fizzy electronic beats, but songs such as Water Bunker take sudden turns, from outright pop hooks to passages full of nothing but samples. Despite so many disparate elements brushing up against one another, Water Bunker holds everything together and the end result is a catchy, fidgety number.

2016 started with sad news about the passing of rock legend David Bowie, so we thought it would be a good time to share this cover of Absolute Beginners. It was recorded 10 years ago by Sebastián Kramer, former member of Jaime Sin Tierra, for a Bowie tribute album by independent netlabel Licor de Mono. Long live the Thin White Duke!

AUSTRALIA: Who The Bloody Hell Are They?
White Lodge – Bleach Coma

Brisbane four-piece White Lodge have been busy the last few years, touring Taiwan with acclaimed Taipei-based band Forests, and supporting the likes of The Growlers and Thee Oh Sees on tour. Their latest single, Bleach Coma, serves up equal parts Brylcreem, surf scuzz and a dose of relentless psych-garage peddling. When artful balladry or an experimental noise opus just doesn’t cut it, White Lodge proves you don’t need to reinvent the wheel to have a good time.

Maria Da Vila Matilde is one of the strongest tracks on A Mulher Do Fim Do Mundo, the acclaimed album released by Elza Soares in 2015. At 78 years old, this is her 34th album. This song has an experimental approach of samba, rock and jazz, and lyrics about a woman rising against domestic violence.

First Rate People’s Anna Horvath is releasing solo music under the moniker Merival. You may recognize her voice from Swim Good’s song Since U Asked, which was featured in Ryan Hemsworth’s label Secret Songs and remixed by Star Slinger a while back. Now swing back with the gorgeous folk tune A Better Deal.

To define Oso El Roto in a musical genre may be problematic. At the same time, it’s one of the best indications that we have something interesting on our hands. In Ekeko, his most recent record, Oso El Roto aka David Loayza is loyal to his own lo-fi style, developed during the 90s, which is characterized by absurdity, madness and childishness, and all amplified in his bizarre live shows. Ordenacion (featuring Dadalú) is brand new for 2016.

Durazno is an independent rock-pop band that has been on the road for three years. Their sound is fresh and their charisma is big. Frontwoman Laura Román transmits good energy and the feeling that everything is going to be all right. Ni Carne Ni Piel (“Neither flesh nor skin”) is a ballad that talks about love that goes beyond the material world.

Mateo Kingman is a young artist who released debut album Respira in 2015. His music features powerful beats, drum machines, electronics and Latin American traditional sounds blended with a voice that in one moment is melodic and in another raps lyrics. Here is his single Lluvia.

Klawings got their name from the cult five-coloured gem stone of the Klawing River in Bandung. If you put the gem stone into the light, it’ll spread a colourful, psychedelic ray. Just like this music.

Stelle Fisse (“Fixed stars”) is the new album by Aucan, an eclectic electronic trio from Brescia. This is probably their best work to date. They have managed to squeeze a wide set of moods and inspirations into perfectly danceable four-minutes songs: a touch of warm ambient, cool post-dubstep, a bit of post-rock and a lot of warm, analog synths. Let these stars guide you.

Sunlight is the opening track of Funk Initiative’s debut album, Cartographers, released in May 2015. It’s a song about moving on from failed love to new territory, a metaphorical journey which the band makes reference to several times in the album. It tackles the sobering idea that even the truest and purest of loves can age, tire itself out and die. On a brighter note, it also suggests we all get a second chance. Funk Initiative is a six-piece band, in existence since 2007, led by the ubiquitous Gianluca Bezzina (of Eurovision fame).

Tijuana has always been a crossroads for migrations within a desertic scenario. The peculiarities of this endemic social phenomena has permeated within the local bands for the past two decades. Young quintet Entre Desiertos delivers in Semáforo (“Traffic light”) a unique mixture of math-rock, snare drums, trap rhythms and the added sound of a tuba to give a more tragic feel to a song that needs only two minutes and 46 seconds to become anthemic.

PERU: SoTB
Dreams On Board – Summertime

Diego Meneses is the man behind electronic project Dreams On Board. His debut in 2012 flirted with dance and downtempo while Wishes, his second LP, explores much more the grounds of ambient with a particular touch of sensitivity. Summertime arrives as an instant classic, perfect for a Peruvian hot summer.

SCOTLAND: The Pop Cop
The Youth And Young – Before The Wind

There’s a palpable Celtic charm with The Youth And Young – you could imagine the sextet’s rousing folk-rock anthems inducing whisky-fuelled midnight singalongs in the Scottish Highlands. Fans of Arcade Fire and The Pogues will certainly lap up the band’s debut album Gestures, due out in February, which adds generous helpings of strings and joint male/female vocals to great effect.

Kim Sawol returns to the Music Alliance Pact with a song from her first solo album, Suzanne. The folk-influenced record was released in late 2015 and landed on just about every Korean music critic’s ‘best of the year’ list. Bedside is elegantly arranged, with strings adding a somewhat dramatic effect to Kim Sawol’s sultry vocals and guitar.