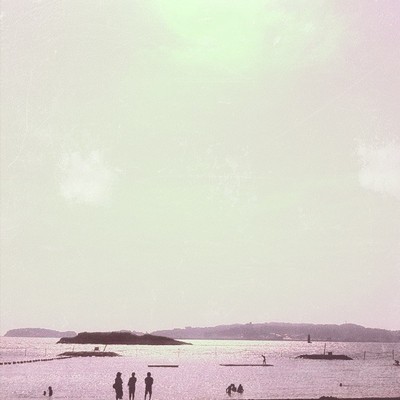 Once upon a time, you could just tag this sort of bedroom pop as “chillwave” and move on. Alas, those simple-categorization days are gone, and now the sort of music Aichi prefecture’s Lilacs makes sort of floats around in a vaguely-defined pool possibly labeled “indie rock.” The “sounds like” highlights the style well – Lilacs themselves are fans of Craft Spells (sorta) and Wild Nothing (ehhhh not as much), but the two demos posted here owe more to the sounds of Beach Fossils than anyone else. Heck, second song “A Summer’s Tale” sounds a lot like Fossils’ “Daydream.” The better cut is “I’ll Still Be There,” which still sounds sneakingly like Beach Fossils, but also ditches the dreamy synth that, on “A Summer’s Tale,” seems like a gimmick rather than an integral part of the song. “I’ll Still Be There” also contains the catchier overall melody, and just seems a little sweeter.

Based in the same region, The Moments tread similar waters as Lilacs on recent upload “Short Trip.” Another sun-glazed bit of indie-pop boasting a sticky sweet guitar line and some semi-obscured singing. Like “I’ll Still Be There,” “Short Trip” shines thanks to a relative lack of clutter, The Moments pushing all the best, errr, moments to the front and letting them do their job.

“I’ll Still Be There,” being a demo and all, has potential to blossom into something even better, while The Moments similarly show flashes of great songwriting waiting to be spiced up. Which is just what these two acts need to do because plenty of other Japanese artists have explored this sound as well…and taken it into nice direction. CUZ ME PAIN and Sapphire Slows inverted it into creepy headspace dance music, while Super VHS incorporates electronics into their brand of attic pop. Even Friends slapped a bunch of fuzz on top of this sorta stuff. These tracks stand as good listens by themselves, but could easily turn into their “Daydream,” a single track that ends up defining a band that you may not even remember existed in 2011.