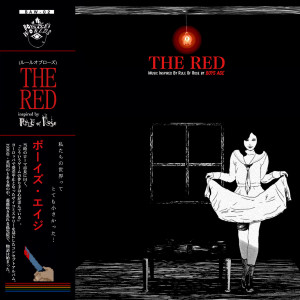 Boys Age get a lot of inspiration from video games. Last year’s fantastic Calm Time drew inspiration from a psychological horror game, while their latest The Red draws inspiration from Rule Of Rose. The music itself…what has been posted so far…exists mainly in the laid-back zone they’ve been exploring for some time, though on a song such as “Fairies Pt. 2” they ramp up the drama drastically and come out with one of the more unsettling rock numbers they’ve ever written (they even switch up the vocals a bit, resulting in something alarmingly close to the ear). Whatever the source, these guys know how to create at a rapid click. Get it here, or listen below.