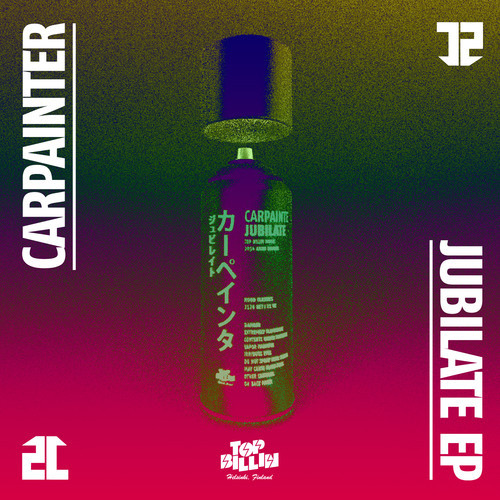 After the Trekkie Trax crew landed a compilation release via European label Top Billin’, that imprint has gone and alo backed the latest release from that collective’s best act. Carpainter’s take on space-age garage and 2-step has been amongst the most exciting electronic music to emerge from Japan’s burgeoning netlabel community – his set at this Spring’s Maltine Tokyo event was an absolute blast, and last year’s Double Rainbow remains one of the best albums to turn on and think about the future to. Jubilate further highlights dude’s abilities – “Reflector” builds on last year’s Double Rainbow, all bright synths ponging off one another while the beat skitters forward, while “Triumph” gets extra upbeat and throws in some vocal samples to sweeten the whole thing. Carpainter’s sound doesn’t need to branch out much, but he does have some nice tricks here. Opener “Want You To See” relies more on the titular sample, and is a touch (just a touch) more madcap than his usual stuff, while “Jubilate” features a slightly more stretched-out vocal sample at its core. Ultimately though, this is just further proof of what has made Carpainter compelling thus far. Listen below.