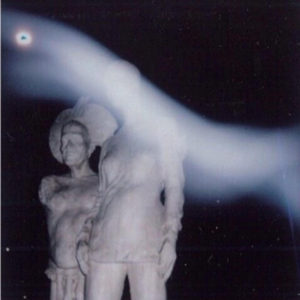 Denial surrounds and unnerves. The first album from the Tokyo-based project of Cemetery…the solo outing of Batman Winks’ member Kota Watanabe…loads up on spoken-word samples in all sorts of tongues and layers on the thick synthesizer lines to create a collection following somewhere between Jesse Ruins and a puddle of wet cement. Sometimes, a clear beat presents itself and just pounds forward, as so on “Sommer Andes,” countered by wispy electronic moments that add a second of reflection to the track before the constriction starts up again. Yet other times, it can feel like an intercepted radio broadcast spilling out near nonsense — see “Barbarians + Lit,” or even the previously released “Vit” — but what makes the whole thing click is how it seems to keep building to something. And the end result is “Summersault,” a big beam of light to close out Denial, and one of the more triumphant instrumental songs I’ve heard out of Japan in 2016. Get it here, or listen below.