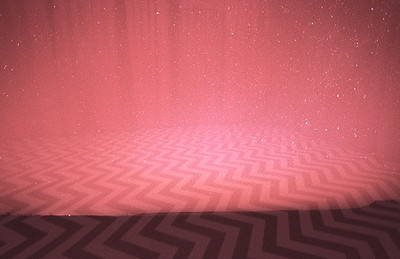 The music Jesse Ruins – and, to some extent, every act associated with Tokyo’s CUZ ME PAIN label – has always been vaguely unsettling, but that trio’s songs also always added a glimpse of light to the shadowy sounds, whether it just be a dance beat or a particularly pretty vocal. Jesse Ruins’ head Nobuyuki Sakuma’s new solo project Cold Name – he originally posted an industrial-leaning mix a few weeks ago – has just posted his first song under that moniker, and it is among the most directly creepy he’s ever recorded. “She’s Filled With Secrets” is more skeletal than anything Jesse Ruins has released as of late, nothing more than a beat and some whispy synth. And some samples, taken from the (still popular with Japanese musicians!) David Lynch’s Twin Peaks. The best part, though, comes late, when Cold Name introduces a piano to the mix, which manages to be both lovely but still tingle-inducing. Listen below.