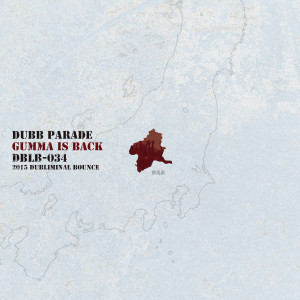 Remember last year when Dubb Parade released an album a month, and kept on switching up his style for each one? Like, one month it would be house, the next UK dubstep? He’s been a bit more quiet in 2015, but with Gumma Is Back, the producer makes his triumphant return with yet another curveball. This five-song set coming out via label Dubliminal Bounce offers a huge clue as to what direction he’s taken — Dubb Parade has embraced footwork music, opener “Chuckle” immediately skittering off and only stopping for some quick piano interludes, and the whole thing spiked by some giggle sounds (they aren’t really chuckles….). Save for the spacey bonus track “Tinct,” Gumma Is Back welcomes Dubb Parade back as a foot-working trackmaker, a reminder of how versatile he can be. Get it here, or listen below.