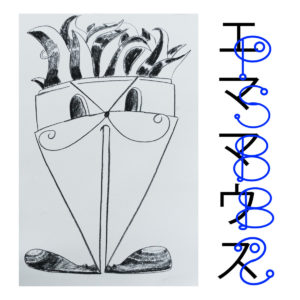 As expected, keeping track of Emamouse in 2018 can be a tricky proposition. She’s released at least two albums since the hyper-charming Tiny Orange Slicker For Birds, and it’s completely possible something else is floating out there on some obscure Danish label. Tiny Mix Tapes did a great job looking at one release (which you should definitely check out), so let’s devote time to the playful PSBB2. As the number implies, it’s a follow-up to this 2016 whirlwind, and it zig-zags between squeaky electronic numbers (the rippling rush of “Biolon,” the manic syllable-chopping of “Yodominati”) to numbers featuring her singing (just check the giddy “Kenkura,” which positions Emamouse as kinda a 21st century internet-damaged version of Guernica). Get it here, or listen below.