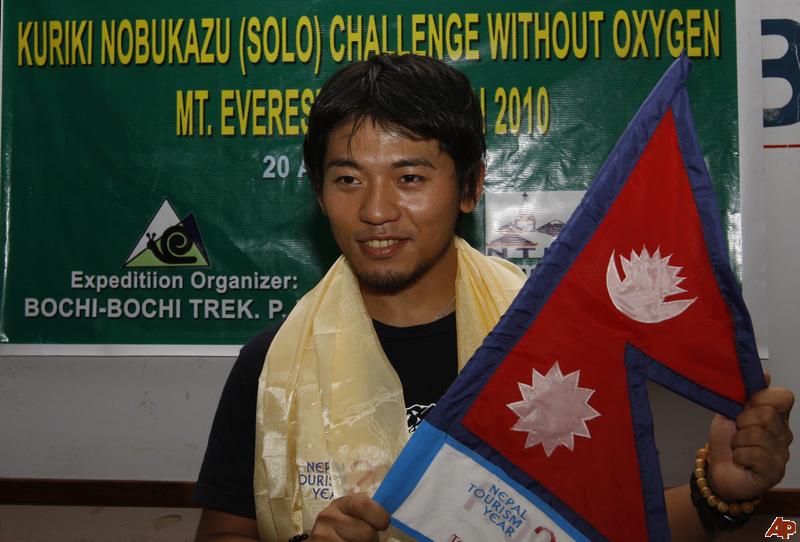 Kuriki Nobukazu, a Japanese climber, attempted to climb Mount Everest recently. “Big deal,” you might be saying, “any schmuck with a few thousand dollars can do the same thing!” Well, dude tried to do it with no oxygen assistance. Have you ever read Into Thin Air? That’s crazy, and it appears Nobukazu does this sort of thing regularly. Dude deserves a lot of credit for giving that a go…or at least a dance track in his honor.

FPM stepped up to make just that song. “Goddess (Track For Kuriki)” can be heard here along with interviews with FPM regarding the making of this tune. The actual music at first seems right in FPM’s territory, slightly minimal house music slowly adding bits and bobs before becoming something highly active. The only twist for “Goddess” might be the inclusion of montage-worthy strings, which lend an air of athletic achievement to the whole thing, like playing “Chariots Of Fire” over a Superbowl celebration. A nice touch given the subject matter. Also…the chanting, worthy of an Olympics’ highlight. Now somebody get out there and tell us if this song makes ascending a mountain any easier.

(Kudos to Tokyo’s Coolest Sound for posting this)

← Controlled Karaoke: The Album Art Of Yoshitomo Nara
Picture Says It All: Orland →