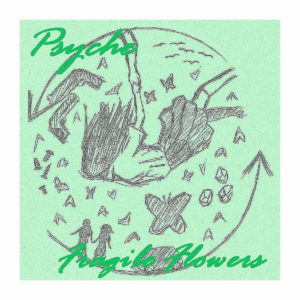 Indie-pop project Fragile Flowers called up a lot of heavy hitters from the country’s twee-leaning scene for their first album, but have now settled on more fixed lineup for Psyche. It also feels a little more settled sonically, hovering in the same dizzying space that For Tracy Hyde occupied early on in that group’s existence. At their best, Fragile Flowers transform familiar indie-pop structures into spinning, almost chaotic numbers. See closer “Perfect Last Scene,” where a bouncy melody gets surrounded by all sorts of distant vocals, giving it a fever dream skip. Other songs are more routine, though even they can be quite good when the group focuses on laying down a solid melody and hook. Get it here, or listen below.