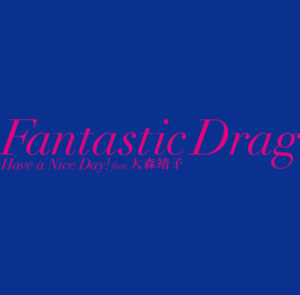 I have yet to listen to Oomori Seiko’s new album. There’s several reasons for this, with pure laziness being near the top, but I’ve also felt no rush to dive in because 1. I don’t have a reason to (nobody is telling me “listen to this and have a take” so why not wait a bit?) and 2. overwhelmingly gushing fan reaction makes me nervous (see: Fantome last year). Whatever my excuse, though, I’m going to take my time. And, as this week shows, there is plenty of Oomori material to go around. Have A Nice Day!’s latest single, “Fantastic Drag,” features her, and is a great reminder of her vocal skills. Though it also does a great job highlighting Have A Nice Day!’s delivery — over a familiar synth-centric blare, he raps and sings his heart out. But Oomoir Seiko steals the show because chaotic vocals is what she does best, moving from murmur to near shout. “Fantastic Drag” is Oomori at her purest…as a guest, she simply flexes her voice. Listen below.

More surprising, though, is “Lady Baby Blue,” a song Oomori Seiko wrote for the idol group The Idol Formerly Known As LADYBABY. The surprise mostly comes from the group itself doing it…they are the two Japanese women who previously were accomplices in some meme pop, who then broke off to form their own group delivering mostly forgettable uptempo fare. Yet “Lady Baby Blue” pulls off something far more complicated — if this was an Oomori-only song, it might be underwhelming, but the two singers who wrestle with the guitar-centric tune make it work for them, adding appropriate drama to the verses and pre-chorus. And that hook just adds so much shout-along melancholy to the song, it goes from pleasant surprise to forceful. This year has been full of surprises, and this one is near the top. Listen below.