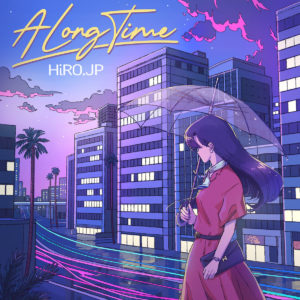 The last few Local Visions’ releases didn’t offer much room to get all verbose about nostalgia and different angles on the past. Ahhhh, but here comes HiRO.JP with a three-song set to get the brain racing again. The project has been playing around with the sonic idea of city pop, doing it far more faithfully than younger Japanese bands dabbling in throwback sounds, Western producers fiddling with the concept or K-pop companies trying to recreate dazzling bubble sounds. A Long Time uses locked-in bass notes, strings, synth twinkles and backing vocals to create one of the better recreations of the sound. Critical to that is a real longing lingering in songs, with the vocals on the title track adding welcome tension to an otherwise sleek cut, and the previously released “Last Month” matching a steady drip of wonky electronics with the sweetest singing they’ve managed yet. It can’t actually approach the actual feeling of those days, but the feeling rings through clearly. Get it here, or listen below.