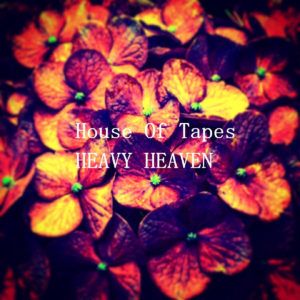 Nagoya’s House Of Tapes recently started a new netlabel to share music, called Sleep Jam Records. So far, the digital label has put out a compilation and two House Of Tapes’ albums, the latest of which is Heavy Heaven. And it’s somewhat of a throwback for the artist. The three songs here hearken back to his earliest numbers, which were downright suffocating numbers full of harsh noises and concrete beats. And the songs always just existed that way, never needing to build up to it — see opener “Funeral End,” which just opens under punches and doesn’t relent. Yet, it also isn’t pure punishment, as melodies and patterns do emerge in these songs (though it can also be unnerving, as on “Church Sounds,” featuring the most uneasy vocal sample House Of Tapes has ever weaved into a song). Get it here, or listen below.