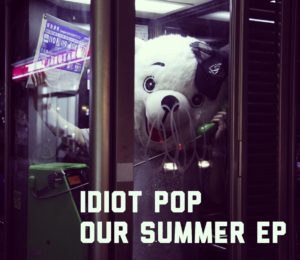 November might be a week away, but producer Idiot Pop is reflecting on the warmer months with the just-released Our Summer EP. The title track hits on all the familiar notes a summer-centric song released in mid Autumn should — it’s bouncy, but the vocals (especially the hook by Shingo Maeda of shoegaze band Birds Melt Sky) add an air of melancholy to the proceedings, casting a bit of a shadow on an otherwise bright cut. Even better, though, is the remix rounding out the release, as it adds an even more faded saxophone to the mix, which really brings out the lurking sadness. If that’s a bit too downcast for you, there’s also a remix of the previously released “Wonderland” which features zippy beats and bass freakouts galore. Get it here.