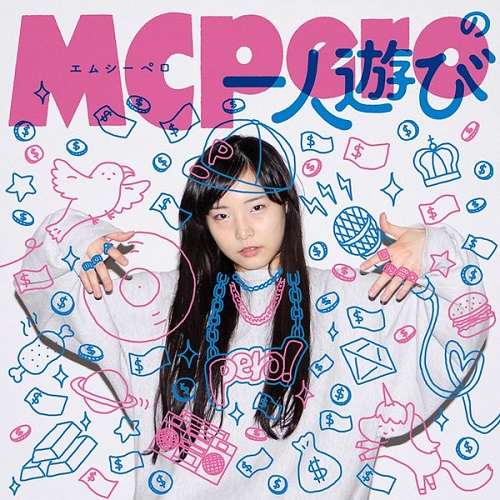 End of June means a steady stream of “best of the year…so far!” lists, but don’t expect one from me around these parts (because this already exists). Yet one album that has come on strong for me as July looms over the horizon is one I expected to enjoy when it was announced…MCPero’s MCPero No Hitoriasobi her first full-length album released via 2016 label-MVP-candidate Omake Club. But, for various reasons, it took a bit of time to click, but now that it has, it feels like a 2016 highlight. The young rapper has been showing off her skill over all sorts of wonky beats over the last year, and her proper debut acts as an appropriate highlight reel of what she’s capable of. MCPero moves swiftly over more traditional beats, such as the sparse backing of “Skip” and the dustier “Amanogawa,” but she pushes herself all over this album. Some of it can feel a bit of a stretch — the reggae vibes of “Every Day Is A Journey” is a little too much — but then she tackles a beat from off-kilter producer Foodman (“Live!”) and speed-bounces between it just right, while she delivers one of the outright better pop songs I’ve heard out of Japan this year with “Spring Runway.” Like all the good Japanese rap of recent years, it is less an imitation of American trends and more about an artist using the genre as a way to explore the sounds they like, regardless of how oddball they can be. Buy the album from the links here.