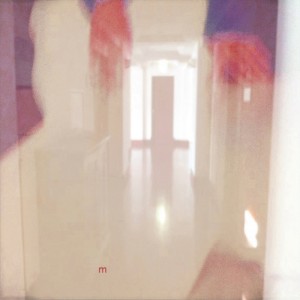 This, Shibuya-area producer Metronori’s sixth album overall, is also her third release of 2014. More impressive, it is her third great release of the year…she’s improved her bedroom swirl of a sound immensely since she first emerged on Bandcamp, and her trio of albums over the last nine months have found her creating her own sonic world where lyrics ebb and flow out of shifty musical creations. Together they make up one of the year’s strongest bodies of work…and also some of the most daring, moreso than most of the independent artists around Tokyo have dared.

Her newest is a brief four-songs long, but finds Metronori continuing to push her minimalist trip forward. Opener “M-nlighting” plays out like a bedroom version of Radiohead’s “Everything In Its Right Place,” electronics glazing a simple beat while her vocals drift deeper in the mix. Other songs are more slippery, synths and electro blips cruising off in various directions, but always forming some sort of base for a woozy pop song to develop (even if that base is might unstable, it’s there). Get it here, or listen below.