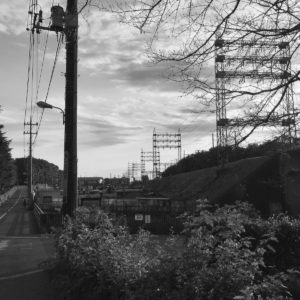 Miii has set his focus on tension over the last few years. The Tokyo producer has long been a fan of bass-shredding, hard-hitting drops in his electronic music, and the thrill of a punishing plunge remains. Yet he’s been just as interested in pairing sounds not far removed from the dance pens of a big=time festival with what many would consider more refined instruments — lots of strings, woodblocks, xylophones, all the stuff the Grammy Awards roll out to class themselves up on a yearly basis. Plateau, Miii’s new full-length, marks the…well, it’s right there in the title…of this exploration, offering a masterclass in slow-burning tension between soft and booming. Critical to its success is that Miii isn’t using piano and violin as a way to legitimize the electronic sounds at the center of the album — this isn’t a stuffy “sound installment” or effort to pretend he is something he’s not. The drops here are filthy as ever, and he’s not afraid to let them just go, as on the title track, a skittering number chock full of diced-up vocals and frantic drums.

Rather, the instruments develop a conflict, playing out over slow-burning numbers. “Throb” lets a wave of horns introduce the song before a malfunctioning drum pattern crashes in, the two intertwining to create a song that seems to be gradually falling apart (but trying to stay together). “Hide & Seek” uses space even more efficiently, letting the pause between digi-spasms develop slowly, making each incoming crash all the more startling. Plateau’s songs really stretch themselves out, with the climatic “Echo” lasting nearly 16 minutes. That one might be a touch too long, but for the most part Miii manages to make these long-lasting numbers work because of an ever-present unease between soft and hard sounds…and how this conflict creates interesting new developments throughout each track’s time. He’s explored this sound for a while, but he finally has reached the top. Get it here, or listen below.