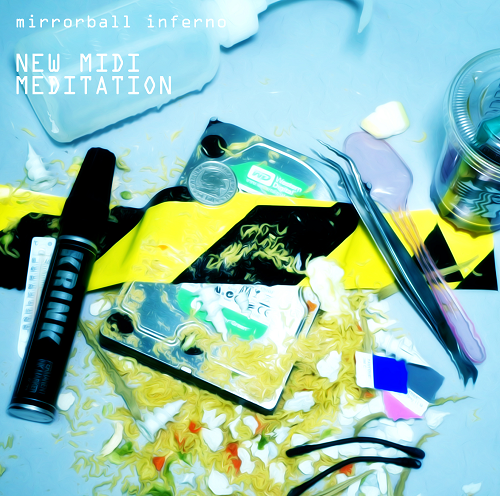 Programming Note: This week, expect abbreviated posts because…well, I have a lot of regular work to do and, most importantly, I’m taking a Japanese test this Sunday! I’ve failed this stupid test twice before, and really want to pass it this time around, so I’m studying really hard…accordingly, don’t expect much in-depth writing this week (uhhhh, maybe I’m giving the other weeks too much credit…)

New Maltine release, same day as label head Tomad gets profiled in The Fader! This one comes courtesy of dance producer Mirrorball Inferno, whose music leans towards the fast-paced and often dips into acid-tinged influences. New MIDI Meditation is heavy on the latter, previewed on the advance track “Have A Sex, Kanchi,” and made even clearer on cuts such as “Gilgamesh Tonight.” Then there’s the guitar-howlin’ “Zodiac Sequencer,” and the surprisingly chill come down of closer “Breast Stroke,” the one number built for a day by the pool instead of a manic night on the dancefloor. Get it here.