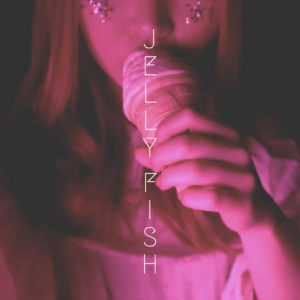 Uyuni’s backstory leading up to the release of her first EP Jellyfish is one that’s becoming slightly more common. She took part in a hip-hop collective called +Vacation, swerving between rap and a more traditional singing style. So, she exists in the same lane as someone like Haru Nemuri, or even Oomori Seiko (hold that thought), a singer/songwriter unbothered by the borders that once stood around them. This new normal dots her first solo release. Opener “Miss You” moves from rapid-fire rap set over piano notes and synth sparks before twisting into a more pop-oriented hook. Better still is “Nemu,” which uses guitar and snippets of her own pitched-up voice to create the backdrop for her to sing-speak through a variety of issues, leading to a big thumping hook. “Eye” presents more straightforward rock, and then she drops a helpful hint at the end by covering “Fantastic Drag,” a nod to what already felt like two influences on her work but which comes through clearly with this pretty faithful version. It all feels a little familiar, but it is a reality that works. Get it here, or listen below.