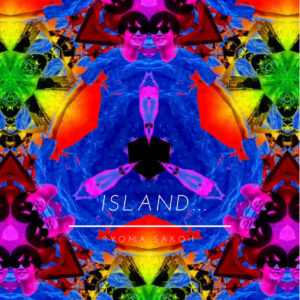 Island… builds off of the song of the same name that Ryoma Sakoh released earlier this year. That song created a soft, billowy soundtrack to an imagined archipelago, and the new full-length builds on that theme explicitly, with Sakoh himself writing that this is “memories spent on fictitious islands.” The bulk of the album builds on that song’s breezy touch, guided by piano and Sakoh’s sweet singing, opting for a relaxed state of mind rather than the funkier sounds found in Japanese rock in 2017. Yet an album just of songs such as “S.O.S” and “Sabako No Hana” (the most stripped down number here) would be pleasant but unremarkable. The highlights come from the unexpected touches. “New Summer” features an off-kilter beat approaching juke (but not quite) and shimmering electronic dollops, making for Island’s… most immediate moment. But the singing gets warped, turning it a touch unsettling (or at least sun drunk). Finale “Poolside,” meanwhile, goes even further, with the music bending like it has been left out in triple-digit heat. It almost feels like the imagined island is coming to an end. Get it here, or listen below.