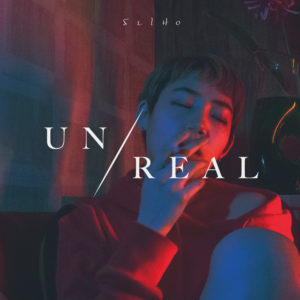 Seiho is about to do a little tour of the United States in the coming weeks — if he comes near you, obviously go — and ahead of getting on that plane he’s put together a new release called Unreal. It is a three-song “single,” shared via streaming services such as Spotify and Apple Music, as while as for purchase in the iTunes store. The last song here — “Bird Scat” — offers a hint of what the whole release sounds like. When that track first emerged last year, I wrote that it struck a balance between the abstract sound he explored on last year’s Collapse and the older style he came up through the ranks with. The title track is the best example of this meeting point to date, featuring soft piano notes and slow-motion synthesizer, but all of it eventually breaking into a more jittery step, marked by snippets of vocal samples and quick-hit percussion. It bends and twists, but retains the new sensibility Seiho has been exploring in the past two years. It is a very exciting step forward. Listen on your preferred streaming service, or buy it at iTunes.

← New Ryuki Miyamoto: “Bounce Like This”
More Than Cosmetic: The Pats Pats’ “Make Up!” →