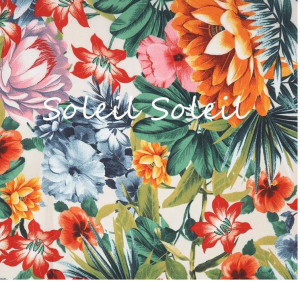 Earlier this year, Osaka’s Soleil Soleil released the If I Could EP, one of 2015’s first-half highlights, featuring the producers pop-leaning house songs. His newest album, Soleil Soleil includes most of the songs from the aforementioned EP (only exception being the lovely “If I Could,” which you can still hear on SoundCloud) along with a handful of new and other previously released songs from Soleil.

Sometimes, an album is great for a really simple reason — Soleil Soleil’s last EP captured the producer at his best, reconfiguring voices from Akon and Zedd songs into new, emotionally urgent dance numbers. Soleil Soleil is peak Soleil too, just more songs (including the slow-burning tropical wonder “Love Is The Greatest Refreshment In Life,” featuring vocals from Kyoto artist Little Bear). One of the year’s best, which is what I said about that EP too…but this goes even further. Get it here, or listen below.