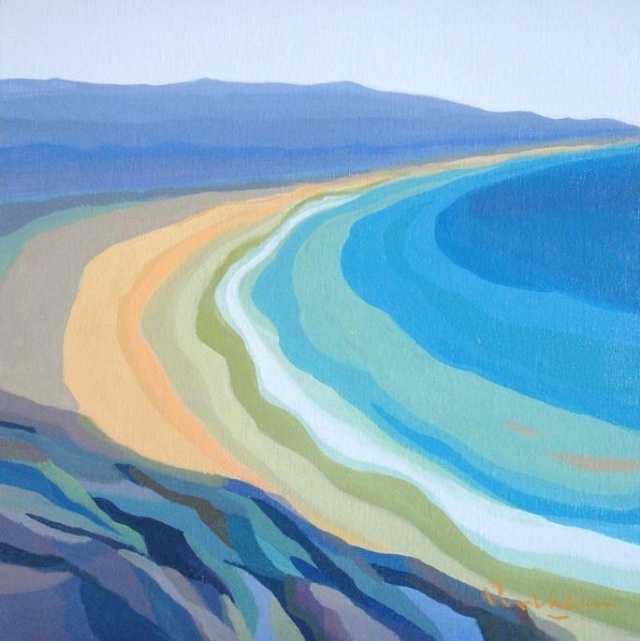 These kids don’t mess around – despite TALON and Young Agings releasing a debut split EP like two weeks ago on the fledgling Fantasing label, neither waited very long to hook back up and put together another EP, this one dubbed Seasons Split. Then again, both band’s approach to music allows for a quick turnaround – TALON’s “Wonder Night” allows a couple drum taps before barreling ahead for just over a minute and a half, a muffled bit of summer guitar pop that doesn’t last long but sounds lovely while it lasts. Young Agings, though, seem to have improved a bunch in about 14 days – their “You Found Me” unfolds a bit slower than their previous tracks, the group allowing more emotion to rise to the top. It still sounds a lot like Teen Runnings, but “You Found Me” actually rivals a lot of that trio’s work whereas other Young Agings’ songs sounded very much…influenced by them. Newcomer The Fleamarkets, meanwhile, goofs around with a drum machine, a guitar and a microphone that he seemed to forget to move away from his amp. I’m OK with TALON and Young Agings releasing more music after only just debuting, but The Fleamarkets (maybe they are supposed to sound second hand?) should probably hone their skills a bit longer. Get it here or listen below.