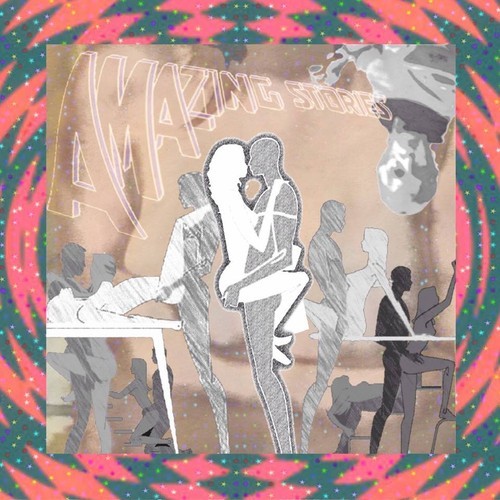 The Boys Age aren’t exactly a down-the-middle outfit to begin with – the duo’s take on rock is always pretty jagged, even when they try to be straight laced (thank the lead vocals, which often sound like they are being recorded through a wall of water). So when they get intentionally knotty, well, watch out. New two-song set Amazing Stories proudly declares itself as “Sci-Fi Pop,” and it certainly sounds beamed in from another dimension. “God Will Test You Through The PC” boast off-kilter guitars that sound like they are going to collapse in on themselves and, of course, those wobbly vocals. It commits to a strange sound, and delivers a weird yet catchy song. “The Harvester” starts off a little softer – sounding like a lost Oasis cut – before those vocals enter all poindextery, and an especially strong guitar solo tears through the mellow vibes. It’s less bizarre and more hazy, but still every bit as good. Listen below.