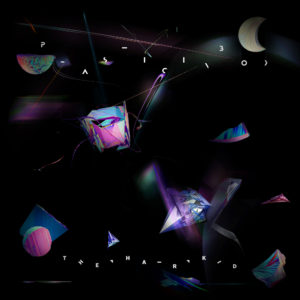 It was only a couple of weeks ago that The Hair Kid shared “Hikikomori,” a Nakata-tinged twister. Now, the Hyogo-based artist has released two new songs via Maltine Records — packaged with four remixes as Plastic Inbox — showing off his funkier side. It starts off with “My Love Is Online,” a dazzling bit of funk (that bassline! those synths!) featuring some samples that anyone who grew up with AOL free-trial disk will instantly recognize and feel a weird rush of nostalgia for. It’s an example of best-case retro homage — sounds of the past are clear, but they are rendered in a modern way that pushes them beyond simple replication. And vocalist Akita Momo really drive it home, the Sugar’s Campaign and Avec Avec affiliate delivering lines like “slide into my inbox” with aplomb.

“Plastic New York,” meanwhile, is a sweltering dance number featuring a more intimate vibe courtesy of Q.i’s talk-sing vocals, the number starting off hushed but building up to a huge release, all those nearly whispered words giving way to a cathartic center. It’s as fantastic a one-two punch as released by any netlabel this year…and absolutely up there with anything I’ve heard in 2016, a year where similar sounds have been turned relatively plastic by major artists. Rounding out Plastic Inbox are remixes courtesy of Okadada, Blue Satellite and Bazz…but the highlight comes from Pasocom Music Club’s rework of “Plastic New York,” a breezy take that takes it from the dance floor to the radio of an open-roof car. Get it here.