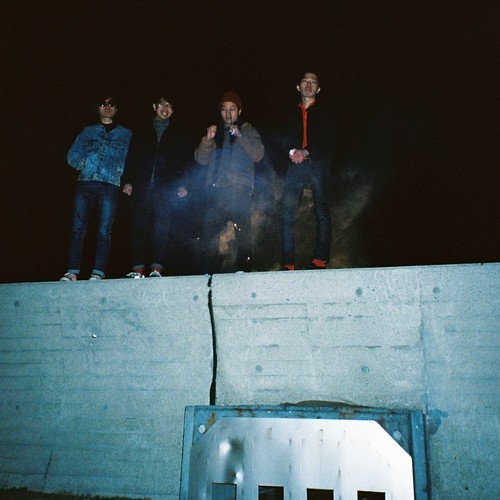 For the longest time, my mind’s image of where Osaka’s The Paellas would perform would be at a slowly decaying night lounge, preferably taking the dinky stage at like 2 AM to play their fuzzed-out songs to a crowd of lost souls. This was almost reality the one time I saw the band perform live at tiny Shibuya venue Home, at 4 AM, though the crowd was more young than the image in my head of tired-looking salarymen staring downwards into their gin and tonics, regret clouding there heads.

New demo “Cat Out,” though, finds the group transitioning to the dancefloor. It’s clearer than most of their previous material, and features a beat that just struts forward, pushed on by some warm keyboard. The vocals are clearer, and the whole track is more about getting hips moving than anything that’s come before – this is a dance-pop song. Also, weirdly enough, it reminds me of a slightly cleaner version of the dearly missed Hotel Mexico, in that it moves the legs but also still hides some melamcholy and mystery (the lyrics, for one, aren’t upbeat). Listen below.