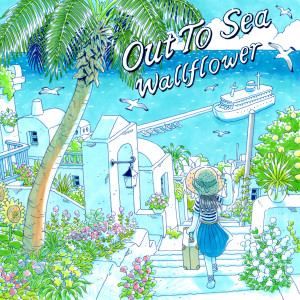 It seemed like Osaka indie-pop outfit Wallflower were keeping quiet for a bit, but turns out they were just releasing individual songs across various different compilations over the last few months. Out To Sea collects four of those tracks into one place, and makes for a very cohesive EP. That’s thanks to the groups sound, which pretty much knocks off all the boxes one expects from an indie-pop band — jangly,hooky, vaguely sounding like The Pains Of Being Heart except really that’s just because Wallflower’s lead singer kinda sounds familiar. Most of it, highlighted by the lithe “Butterfly Kisses” (off a Twee Grrrls Club collection), is nice and skippy, though closer “Looks Like Snow” offers a nice melancholy Christmas finale (from a Miles Apart Records seasonal offering) to close on. Get it here, or listen below.