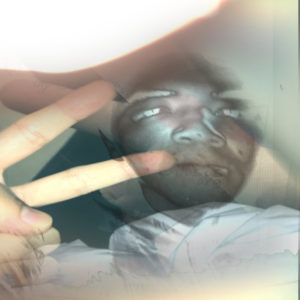 We accumulate so much junk. The internet just overflows with forgotten content, gigabytes of “Damn, Daniel” memes and thinkpieces about Iggy Azalea. It’s funny, but also depressing. But from that social-media-age churn comes stuff like Asaga Fu An Fumoragu Aria, the latest from Nagoya’s Woopheadclrms. It’s an album somewhere between ridiculous and gorgeous, the electronic artist using a sample-heavy collage style similar to compatriots like DJWWWW and Mayor Kenji that often involves all kinds of online deitrius becoming the backbone of these songs. See what sound like beauty tutorials, ugly acoustic guitar strumming while someone asks “that’s going on YouTube, right?” and at its most surreal, a voice repeating “Guts, by Chuck Palahniuk.” Coupled with the often jarring array of beats and synths crashing against those, it’s another entry in the canon of “great albums where songs reveal themselves from seeming trash.” But then you get the moments of serenity, like the end of “W.a.l.l” with its cascading synth bursts or the downright angelic final segment of “I will not do I will not do I do it.” Even under layers of waste, something gorgeous can be found. Get it here, or listen below.