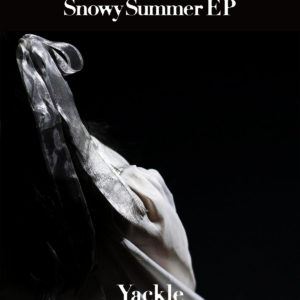 Ano(t)raks is probably best known for being a destination for new Japanese indie-pop (or, if the term fits for you, city-pop inspired cuts), but the netlabel-turned-physical-label also has a long history of highlighting electronic music, ranging from Kai Takahashi’s 80s-brushed numbers (which eventually morphed into the lounge pop of Lucky Tapes) to the minimalism of Boe Oakner. So the label sharing producer Yackle’s new SnowySummer EP isn’t a new twist, but rather a return to one of the more overshadowed cornerstones of Ano(t)rakcs. It’s a spliced up set, starting off with the shifty “OrionCider,” which moves from skittery beat experiment to something imitating the rumbling sounds of Southern hip-hop (albeit with cuddlier singing on type) before finding a middle ground between the two…and, uh, channeling Okinawan folk music. A lot going on here! It’s a little more straightforward on the pop bounce of the title track. Rounding it out are two remixes, one via The Oto Factory and the other by Pasocom Music Club. Get it here, or listen below.